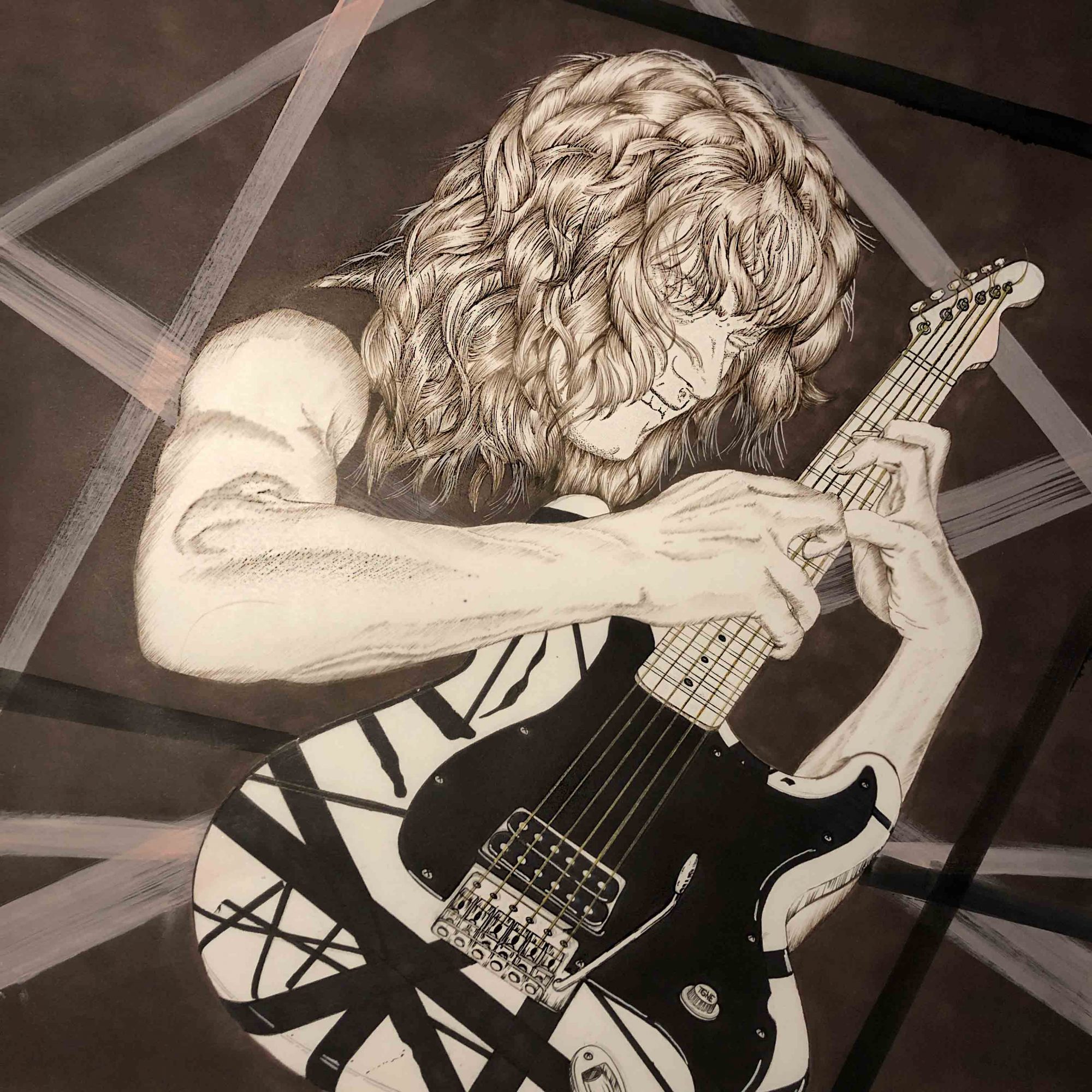 In the late 70s, Edward Van Halen created the Brown Sound. Like Zeus throwing lightning bolts across the sky to terrorize humans with something they couldn’t explain, Eddie shocked the world with a sound never heard before.

For most people this was very hard to decipher, and even today, the Brown Sound still sparks an intense debate on the equipment used to create it and the very essence of its nature. In this article, we’ll challenge some of the most disputed theories behind it.

Where the Brown Sound Label Originates

Let’s start by saying that the Brown Sound definition was originally used to describe Alex Van Halen’s distinctive snare drum sound. Eddie couldn’t have liked it more: “I want my guitar to sound like Al’s snare. Warm, big and majestic.” The result was a full and deep high-gain guitar sound, never harsh and somehow both spongy and organic.

Many people claim that the profound and earthy nature of the brown sound reminds them of a vibration coming from somewhere underground where the predominant colour is undeniably brown.

Others imagine the sound coming out of a hollow piece of wood, akin to a didgeridoo, which is traditionally brown coloured as well.

Some people move a step forward and see a connection with the “brown note urban myth”, according to which, a low frequency and high-power sound wave can be felt in the body along with some alleged extremely embarrassing consequences. And yes, we are talking about losing control of your bowels!

There is also another possible explanation. Speaking of electricity, all of us know what a blackout is. Perhaps only a few may know that the name for a partial voltage drop is “brownout”. This can be accidental or even intentional when an electricity provider needs to reduce the load on the grid because of some technical issues. This possible interpretation could be related to the VARIAC that Eddie Van Halen experimented with at the very early stages of his career.

The Brown Sound and the VARIAC

The VARIAC is an electrical device, which in its simplest form, is a type of transformer. For the technicalities, we direct you to this article, but essentially its function is to reduce the voltage of the electricity that comes out the wall outlet. Van Halen used this to starve the amp of volts. In other words he reduced the electric tension from 110 volts, ordinarily used in America (nominally 115, now 120) to anywhere between as low as 60 and 100 volts, with the sweet spot around 95-98 . So, is this the secret ingredient for the perfect brown sound?

Despite the amount of speculation you hear about it, the VARIAC wasn’t an essential ingredient for the EVH brown sound. Eddie himself explained that it was just a volume knob. He liked his Marshall turned all the way up to sound ‘juicy’ when needed.

The Brown Sound and Jose Arrerondo

It seems that Eddie secretly enjoyed muddying the waters. He also didn’t fail to bring into play some external influences in relation to the fine-tuning of his brown sound. On more than one occasion, and above all others, he praised the precious help offered by Jose Omar Arrerondo and his own company, the ARRCO Electronic Music Studio.

This man truly was a Marshall amp sorcerer. He worked his magic for many other legends too, from Steve Vai to James Hetfield, to mention just a few! Over the years, his genius blessed some of Eddie’s amps for a period of time. However despite all this, in reality the 1978 brown sound wasn’t Arrerondo’s doing. His Marshalls left the shops and remained essentially the same afterwards.

Jose sadly left us on 16 September 1994 and his secrets will rest in peace with him forever. The next time you are in Los Angeles, you could even pay your respects by visiting him at the Forest Lawn Memorial Park (Hollywood Hills).

So, What’s the Origin of the Brown Sound?

To cut a long story short, Eddie did a staggeringly counter-intuitive thing. He essentially used an amp as a distortion pedal into a second amp. Cool!

Is that really all? Pretty much, as long as you don’t take into account a home-made ‘Frankenstein’ guitar and “years of experimentation tearing apart guitars, opening up amplifiers and getting electrocuted”. Oh and of course, Eddie playing!

Get closer to Eddie Van Halen Brown Sound with this great Gymtar patch!