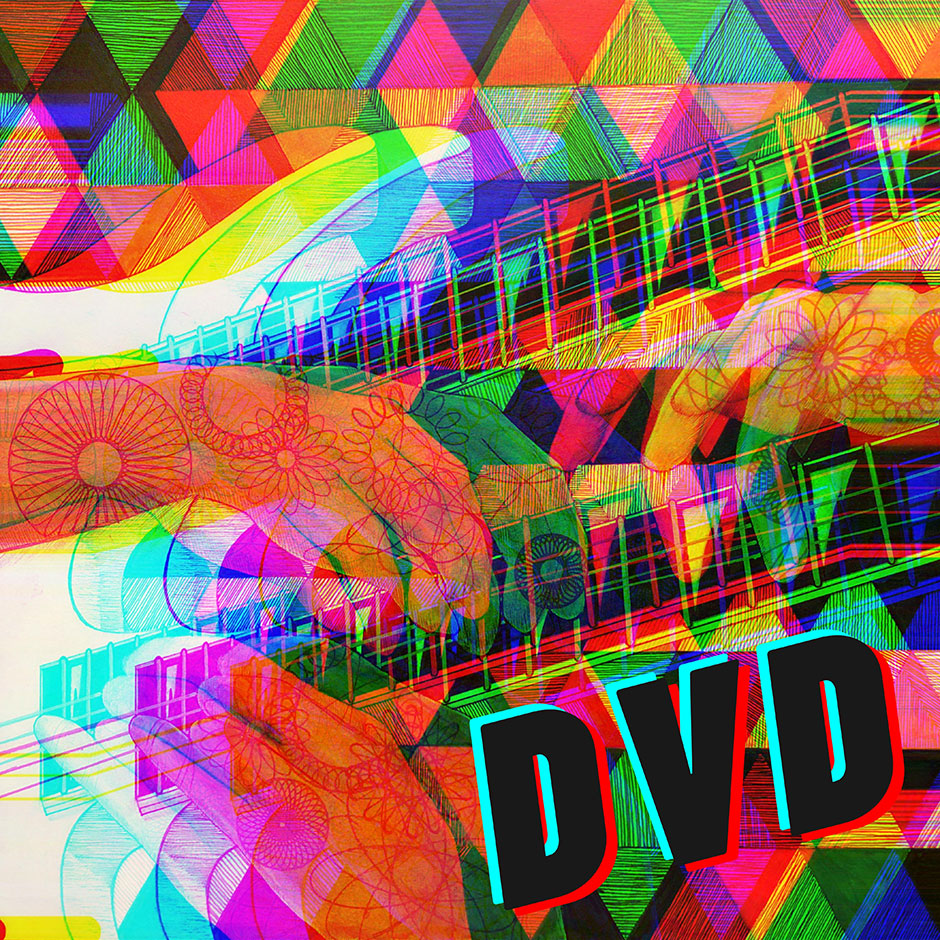 The idea of a DVD behind the record

You ride up a hill with your bike and you start shooting a video gasping for air. Is that the best opening for your next video on YouTube? Sure it is! assuming you’re Paul Gilbert. What follows is one of the best explosions of technical guitar knowledge and entertainment too, with plenty of live footage.

What Get Out Of My Yard DVD is and is NOT

If you’re looking for a technical explanation about what he does and why in his 2006 record, look no further. Paul guides you hand-in-hand through every chord, sometimes every single note. He breaks things down for easy digestion, although you shouldn’t expect material for an absolute beginner. This is unfortunately the first common misunderstanding about Get out of my yard DVD. As a matter of fact, the video is often rapid-fire, so the playback speed function comes in very handy for those who want to slow down the most challenging parts. Also, the original version does not provide any tabs, either in printed form or overlaid on screen.

A second common misconception we heard and read many times about this “instructional guitar DVD” (the definition Paul Gilbert provides to us at the very beginning) is that it’s all about “playing fast”. When he starts with the arpeggio section from the first track, you can see a clear example of faster-than-light shredding along with something we can define as a human movable nut. All that speed can be intimidating and can put some people off but please, trust Paul as the best is yet to come!

What follows in the DVD, is not simply a dry dissection of what he played in the record. It’s rather a narration about the ideas of where the songs and even the single riffs stem from. We confess that Paul Gilbert’s project has been a source of inspiration for the earliest version of Gymtar. We’re also sure that everyone gets the same motivation to play better (not just faster) when watching this DVD.

Paul Gilbert goes through all the tracks from the 2006 CD. He takes a cue from each to delve further into a musical concept.

For example, the high-powered riffs are explained step by step with a direct reference to Hurry Up and the following track, Curse Of Castle Dragon. Then, some smart picking tips are passed on with Straight Through The Telephone Pole while the song Radiator gives Paul the chance to talk about harmonic progressions. But, there is also room for the acoustic guitar when the time comes to explain the arpeggio and tuning from Marine Layer and Three E’s For Edward (dedicated to Van Halen). Even a 12-string bass guitar, 3 strings for each note, makes its entrance to explain the genesis of Twelve Twelve.

The final section of Get Out Of My Yard is more technical. It focuses on hammer-on, pull-off, vibrato and alternate picking. Is also followed by a generous amount of entertainment in the form of some live footage.

Ultimately, even if you aren’t (yet) a fan of Paul Gilbert, you should seriously consider watching the Get Out Of My Yard DVD. It’s highly likely you’ll end up with a new riff in your hands.